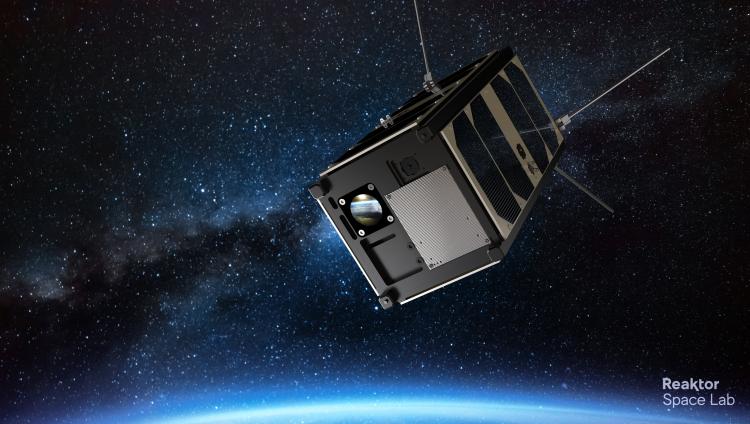 A Finnish nanosatellite has now reached space equipped with the world’s smallest infrared hyperspectral camera, which has been developed by VTT Technical Research Centre of Finland. The Reaktor Hello World nanosatellite was launched into space on 29 November by the Finnish space technology startup Reaktor Space Lab. New nanosatellites, such as this, weighing only a couple of kilograms are relatively cheap and fast to build. In groups, nanosatellites can form cost-efficient constellations.

“This particular type of imaging data makes it possible to monitor the status of carbon sink resources. It also enables optimisation of food production and reducing environmental load caused by agriculture, providing a way to sense water irrigation needs and optimize the use of fertilisers in fields”, says Anna Rissanen, Research Team Leader at VTT.

“This new technology will allow us to react to global environmental changes in near real time. That opens up many new business opportunities as well as ways to combat climate change”, says Tuomas Tikka, CEO of Reaktor Space Lab.

The first images were taken on 2 December 2018 over the Sahara desert and were downloaded during the first weeks of December. 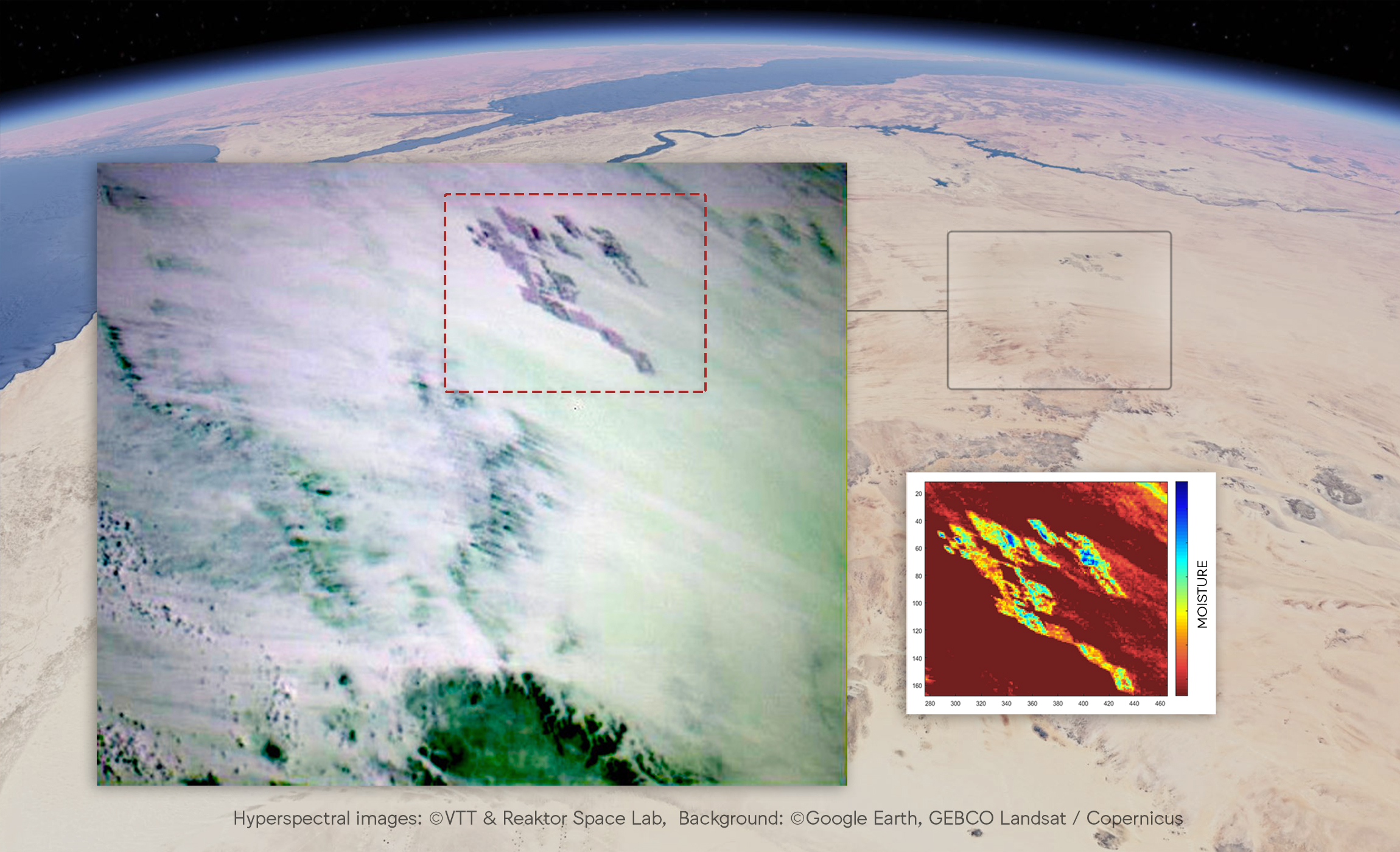 Figure 1. First land images from Reaktor Hello World overlaid on image data from Google Earth. This image was taken above Sahara, near the borders of Libya, Egypt and Sudan. The fields in the upper right-hand corner of the image are part of an irrigation experiment. The reddish close-up image measures the spectral signature of water, which enables visualising the changing moisture content in the ground. The image reveals differences of water content in the fields: the blue-green parts indicate better irrigation, whereas the yellow-orange signify drier conditions.

The image above Sahara (Figure 1) shows how the water content of an area can be determined and mapped based on infrared spectral image data”, explains Antti Näsilä, Senior Scientist at VTT and the leading technical expert for the camera development of the Reaktor Hello World nanosatellite mission.

“This type of information could prove crucial for areas fighting drought or forest fires, both of which are becoming more common with the changing climate. In the future, nanosatellite constellations could provide, for instance, concurring updates about the severity of the droughts in each neighbourhood in California”, says Näsilä.

False colour images of desert highland in southern Sahara. The image on the left depicts the changes of the soil type across the image while the image on the right displays changes in soil moisture. The water reservoir in the upper part of the image is very well highlighted in this image, when compared to the dark rocks.